A proof-of-concept of a visual Haskell programming environment in Java developed with fellow students as a study assignment. 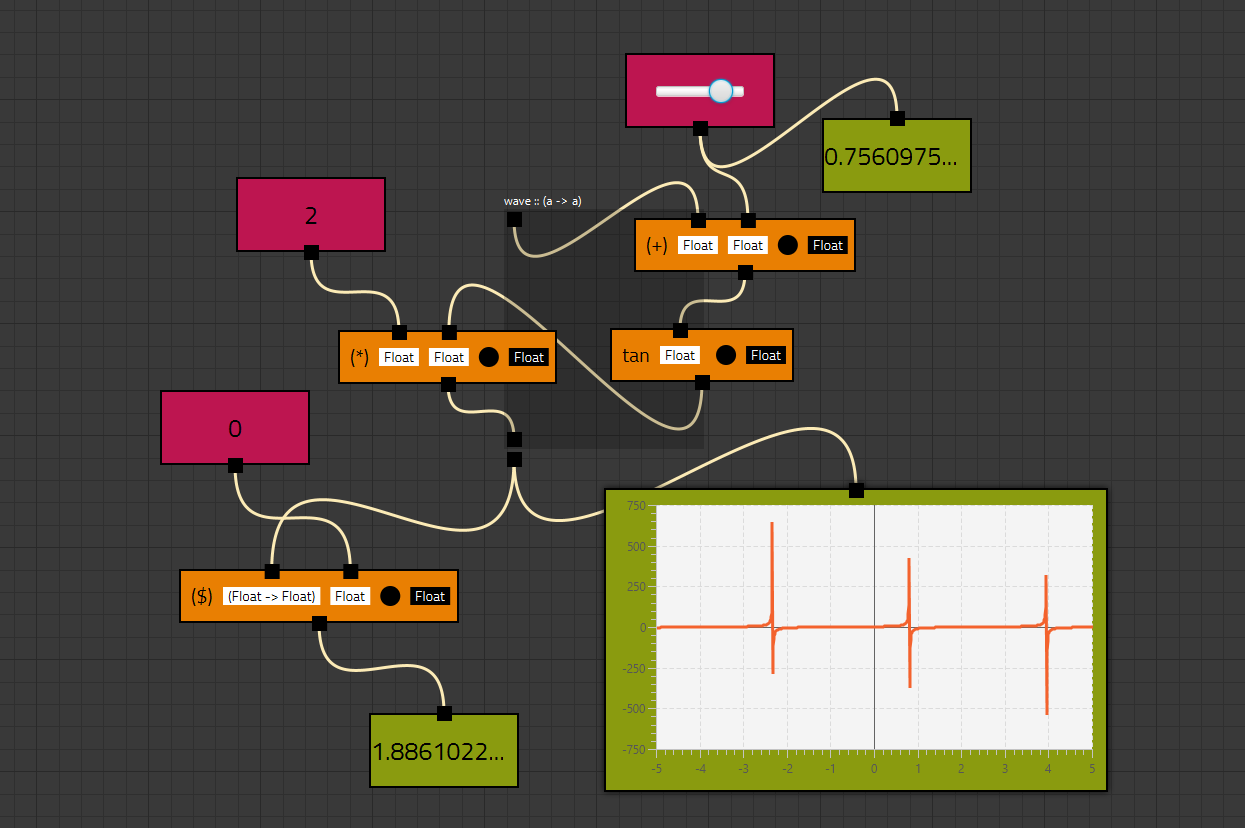 A short description taken from the project report can be found below.

Viskell tries to aide developers with real-time feedback on Haskell programs. This allows developers to spot type errors directly, without needing to have a compilable program, and provides a visual insight into the program. The intermediate output of a function can also be inspected at runtime. Viskell also allows developers to collaborate and work together on a large multi-touch screen. Other common touch interfaces such as those found on devices like the Microsoft Surface (Pro), are supported as well. Because of the user interface with touch capabilities developers can easily manipulate the code without having a keyboard or mouse around. This provides a better experience for programming on the go. Because of the spatial flexibility offered by handheld devices and touch interfaces, programming with Viskell should be more fun and more ergonomic.

This project is now developed further by the community and people from the University of Twente. As of early 2016 Viskell has support for Clash, which allows you to build hardware circuits using Haskell (and Viskell).